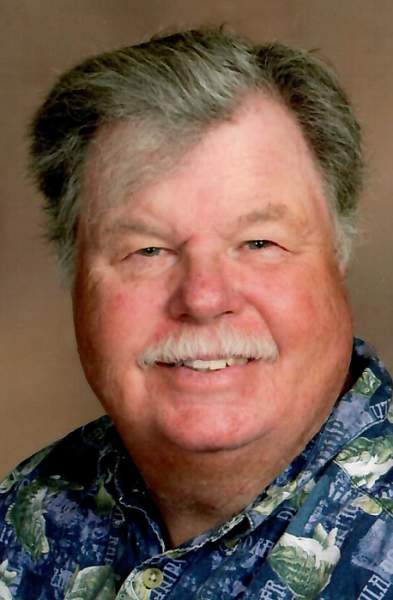 Curtis Brian Whitson went home to Jesus on January 18, 2022, at the age of 71.  He was born to Chester and Clara [Bauer] Whitson on January 29th, 1950, in Culver City, CA.  As a child, Curt enjoyed spending time with his older brother, Craig, playing sports (especially tennis), fishing, and getting into plenty of mischief.

Curtis graduated from Lutheran High School in Inglewood, CA in 1968.  He worked as a machinist for Chevron Oil Corporation for 30+ years.  In 1992 he married Laura Toshach, who unexpectedly passed in 1995.  In 2005, he married Cindy Pickering in Tomahawk, WI. The family relocated to Merrill, WI in 2010.

Curt was a loving husband, father, and grandpa who adored his family and was always willing to lend a helping hand.  He lived for entertaining at the family cottage and loading up his boat with as many people as possible to go jet skiing, tubing, and fishing (in his “secret” locations where the fish are known to always [or never] bite).  He would even skip fishing to bait the hook and take off fish for anyone who was too grossed out to do it themselves.  All followed by a fish fry and a night around the bonfire.  The Packers and the Los Angeles Dodgers were his favorite teams to root for.  Some of his hobbies included finding a great deal at yard sales and flea markets, collecting knives, woodworking, reading, watching old Western movies, having a margarita, and being involved in his church, Christ Evangelical Lutheran.  Curt was a devout Christian and enjoyed singing in the choir and served as the church secretary for the last 8 years.

Curt is survived by his wife, Cindy, and by his children: Russell (Amber), Natalie, Amanda (Ryan), Daniel, Leah (Cody), and Sarah as well as his grandchildren: Joshua, Carly, Marley, Alyce, Kingston, Kennedy, and Blake.  Curt is also survived by his brother, Craig (Jan), nieces, nephews, cousins, and countless friends. He is preceded in death by his wife Laura, his parents, Chester and Clara, his mother-in-law Barbara Toshach, in-laws Don & Bev Pickering, and his niece Joanna.

There will be a public visitation from 5-7 p.m. on Tuesday, January 25, 2022, at Waid Funeral Home in Merrill. On Wednesday, January 26, 2022, there will be an additional visitation at Christ Evangelical Lutheran Church in Merrill between 9-11 a.m. immediately followed by a service. Pastor Neal Behm will officiate.  A private burial will take place at Restlawn Memorial Park, Wausau, WI at a later date.

If you would like to make a donation in honor of Curtis, please consider Northland Lutheran High School.

To order memorial trees or send flowers to the family in memory of Curtis Whitson, please visit our flower store.