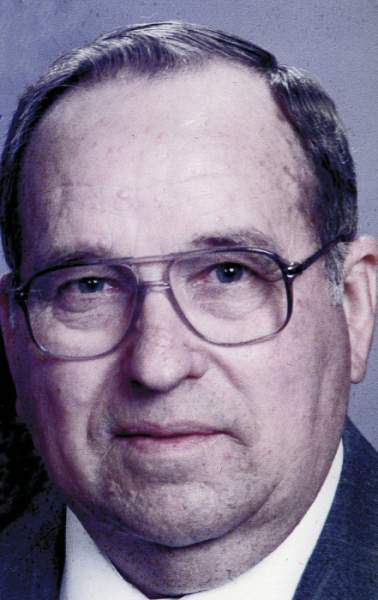 Curtis 'Curt' C. Carlson, age 86, passed away peacefully on Saturday, December 8, 2018, at Pine Crest Nursing Home in Merrill, while surrounded by his loving family and under the care of Ascension Hospice.  Curt was born on January 17, 1932 to the late Edward and Inga (Pearson) Carlson at the family home in Homestead, WI.  He attended and graduated from Kingsford High School.  Curt faithfully served his country in the U.S. Marine Corps.  On September 5, 1953, he married his best friend, Dorothy Carlson, a union that lasted over 64 years.  Sadly, she preceded him in death on March 30, 2018.

Curt was employed by Clairmont Transfer Co. as a truck driver and on the loading dock, for over 30 years, until his retirement.  Curt enjoyed hunting, fishing, snowmobiling and trapping.  Curt spent a lot of time outdoors whether he was logging, working on his hobby farm, snow plowing or manicuring his lawn.  Curt took pride in his yard as well as his fields and vegetable gardens.  He was skilled at repairing most anything.....from tractors to kitchen appliances!  Curt is remembered as a faithful husband and father who was honest and had a great sense of humor.  Curt was kind, caring and great at playing Yahtzee and Aggravation with his children and grandchildren.  Curt enjoyed visiting with others and was especially caring for his elders.  Curt was an active member of his Teamster Union and a volunteer with Big Brothers for several years.  Curt, and his wife Dorothy, were active in Compassionate Friends after the loss of their son.  Curt attended Bible Presbyterian Church in Merrill.

A Funeral Service for Curt will be held on Friday, December 14, 2018 at 12 noon at Waid Funeral Home in Merrill.  Pastor Andy Perry will officiate. Military honors will be performed by the Merrill V.F.W. Post 1638 at the funeral home, immediately following the service. Visitation will be held on Friday, December 14, 2018 from 10am until the time of the service, also at the funeral home.  Burial will take place at the Aurora Homestead Cemetery in Aurora, WI at a later date.

In lieu of flowers, family requests that donations in Curt’s name be directed to the Pine Crest Activity Fund.

The family wishes to thank the staff at Pine Crest Nursing Home and Ascension Hospice for their loving care that they showed their dad, and the support that they gave to his family.

To order memorial trees or send flowers to the family in memory of Curtis Carlson, please visit our flower store.