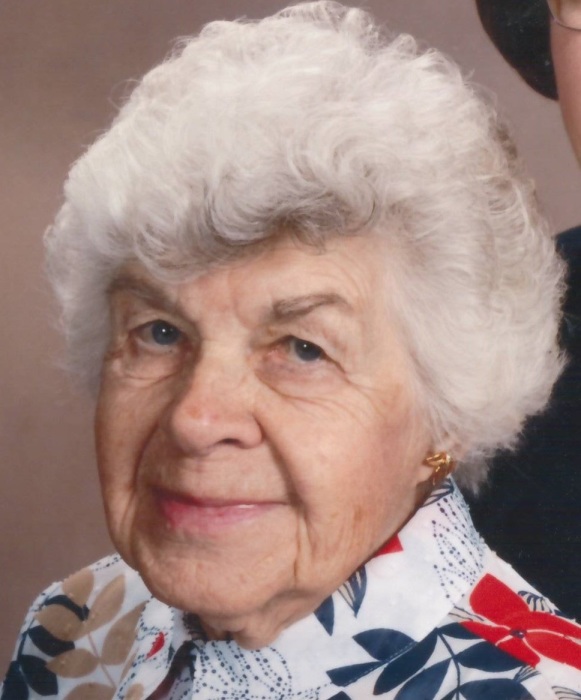 Constance “Connie” Swanson, age 94, of Merrill, passed away Sunday, August 13, 2017 at her home under the care of Aspirus Comfort Care & Hospice. She was born September 13, 1922 in Holland City, Michigan to the late Paul and Emma Neumann. On May 11, 1940, Connie and Earl Swanson were united in marriage at St. Stephen’s UCC in Merrill. He preceded her in death September 26, 1986.

Connie attended school in Merrill and graduated from Pine Grove School. She worked at Weinbrenner as a laborer and at Green’s Floral. In her spare time, Connie enjoyed volunteering at the local food pantry and at her church. She loved cooking, baking, flowers and gardening. Connie was also a Brewers and Packer Fan. She was a member of the Merrill Historical Society and St. Stephen’s United Church of Christ.

Funeral services for Connie will be held on Saturday, August 19, 2017 at 11;00 am at St. Stephens United Church of Christ.  Rev. Julie Goranson will officiate.  A visitation will be from 9-11 am at the church on Saturday.

Burial will be in Merrill Memorial Park. Memorials may be given to St. Stephen’s UCC, the Merrill Food Pantry or the Merrill Historical Society. Waid Funeral Home & Cremation Service is assisting the family with arrangements. Online condolences may be made at www.waidfuneral.com.

To order memorial trees or send flowers to the family in memory of Constance Swanson, please visit our flower store.