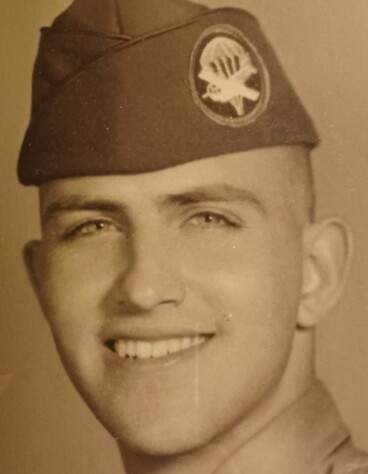 Charles ‘Chuck’ Troupe, age 79, met his Lord on Tuesday, September 28, 2021. He was born on August 29, 1942, to the late Mark and Renee Taloums-Troupe in Goshen, Indiana. Later, he and his mother moved to Pennsylvania where Chuck attended high school and eventually joined the US Army and served as a paratrooper, after being honorably discharged. He met and fell in love with Patricia Elaine Pearce. They eloped to west Virginia and exchanged wedding vows on May 29, 1964. They later started a family and had two sons and a daughter; Chuck loved his family immensely.

Chuck and Elaine were team cross country semi drivers for 20 years. The couple enjoyed competitive dancing, bowling, and traveling by motorcycle. He also achieved his instrument rating pilots license. In his free time also enjoyed drag racing his Camaro! After about 15-20 years they moved to Arizona and later resided in California.

He embraced his love with his family, as he often spent time with them camping resorts, fishing, picnics, and amusement parks. He encouraged his children to become athletic as he participated as a coach to his son’s football teams and loved to play golf. He always enjoyed sports and was a Pittsburgh Steelers enthusiast! After retirement Chuck and Elaine traveled across the US and eventually ended up in Wisconsin. He is remembered as a fun-loving husband and father that meant the world to his family and will be dearly missed!

Per family request, no services will be held for Chuck.

Patricia Elaine wishes to give a heartfelt thank you to all her friends and family that helped her through this difficult time, and to Jeff and Anna for taking such good care of Chuck in the days leading up to his death.

If anyone would like to extend a burial benefit fund to the family, along with condolences, we encourage these to be made at the online address listed below.

To order memorial trees or send flowers to the family in memory of Charles 'Chuck' Troupe, please visit our flower store.