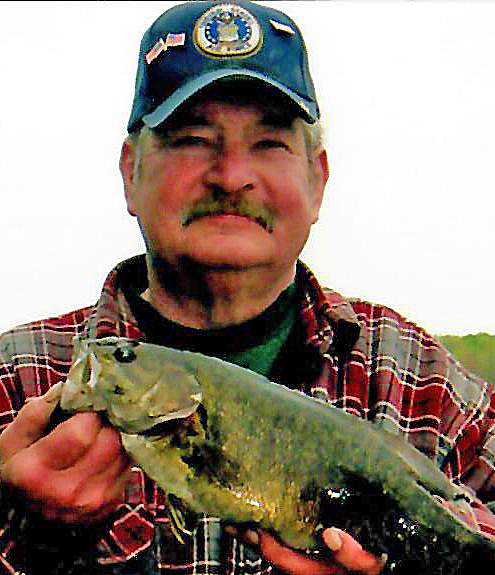 Our hero, Charles Harvey Dittmar, 70, of Merrill, was reunited with his son, Timothy C. Dittmar at their home in Heaven, Saturday, February 24, 2018, with his loving family by his side at Saint Claire’s Hospital.

Charles, also known as Chuck, Charlie, or Papa, was born May 14, 1947 in Superior, Wisconsin, son of Harvey and Dorthy Dittmar. He was married to the love of his life, Sandra for 44 years. Chuck was a graduate of Wausau High School. Soon after, he enlisted in the United States Air Force from1965-1970, where he served two and a half years in the Vietnam War. In that time served, he received three purple hearts and wings for 250 combat parachute jumps. He also remained a lifetime member of the VFW Post 1638. He was currently on the waiting list for the Never Forgotten Honor Flight.  After proudly serving his country, he was a welder and a steel fabricator for nearly 40 years at Merrill Iron and Steel, later to be known as Agra Construction.

Chuck was an avid outdoorsman, hunter, fisherman and a simplistic lover of nature. In his early days, he loved smelting and rafting down the Brokaw Strip. He took such pride when he shot two deer with one bullet at the Bear Track Inn hunting shack. His greatest pastime was fishing and hunting with his son, grandsons and son-in-law. He especially loved his yearly ice fishing trip to Minnesota with his friends and family. After he retired, he and his wife found the greatest joy in taking their daily drives through the council grounds and looking for eagles and deer.

Chuck was a life-long, green and gold blooded Packers fan. He also loved watching his Milwaukee Brewers and the Rock Fall Gunners.

He was survived by his wife Sandy, daughter Tiffany, son-in-law Robbie, and their three children, Elizabeth, Lucas and Adam; siblings Duane (Jan), Jerry and Susan Dittmar; his mother-in-law Honey Weber; and many brothers and sisters-in-law, nieces and nephews, and his furry family:  Flash, Kandy and Oscar.

He was preceded in death by his son Timothy Charles, his parents Harvey and Dorthy, Elmer, and father-in-law Harry Weber.

Visitation will be held at Waid Funeral Home on Wednesday, February 28, 2018 from 4 p.m. until 7 p.m and again on Thursday, March 1, 2018 from 10 a.m. until the time of the service. Funeral services will also be held at Waid Funeral Home on Thursday, March 1, 2018, at 11 a.m.  Chaplain Marion Talaga will officiate.  Burial will follow at Merrill Memorial Park Cemetery. Military honors will be conducted by the Merrill VFW Post 1638.

To order memorial trees or send flowers to the family in memory of Charles "Chuck" Dittmar, please visit our flower store.