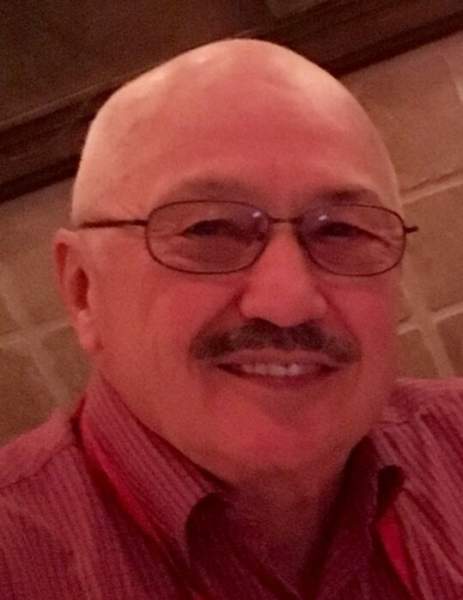 Charles R. Phelps (Charlie) age 72, Merrill, Wisconsin, passed away Wednesday, November 18th, 2020 at Aspirus Hospital, Wausau, Wisconsin.  He was born in Merrill on June 10th, 1948, the son of the late Charles L. and Martha (Burgener) Phelps.  Charlie graduated from Merrill High School in 1966 and North Central Technical College in 1968 with an associate degree in accounting.

Charlie married Marsha C. Pawelka on July 24th, 1976 in Greenfield, Wisconsin.  They resided in Merrill while raising their two children, Kristin and Nicholas.  Later moving up to Harrison, Wisconsin to spend 15 years in the home they built on Seven Island Lake.  Previously they enjoyed a cottage on the same land for 25 years where they enjoyed many happy times with family and friends.  They moved back to Merrill in 2018.

Charlie worked as an accountant for Semling-Menke Company, Merrill, from 1971-1999, and then at the Tomahawk Paper Mill for fifteen years until retiring in 2013.

Charlie was an amazing man.  His love for life knew no boundaries.  His purpose in life was to help everyone in any way he could.  Charlie never met a stranger.  He truly wanted to know your story, and always had a joke to build that first connection.  No one has ever loved his family, friends and town more.  Family was everything to Charlie.  Once you were in, you had his unconditional love and support.

You may be gone now, but we look forward to that first joke when we meet again in the eternal log cabin in the sky.

A loving husband, father, grandpa, brother, uncle and friend.  He adored his children and grandchildren, and they him.  Charlie was lovingly called “Papa” by some, and “Grandpa Pizza” by others.  Charlie was always working, whether it was at his beloved cabin, or with his son or friends.  To him it wasn’t work, but fun.

Charlie enjoyed hunting, fishing, boating and spending time at his cabin.  He also enjoyed spending time in Gulf Shores, Alabama.  He bowled with the same crew for 40+ years at Lincoln Lanes.  Charlie played baseball in his early years, and then enjoyed watching his son play hockey and Little League, and his daughter participate in various sports.  Charlie was very involved with Merrill Hockey, first by watching his son play, and in later years, as the color announcer for high school games on WJMT.

Charlie was chairman of the committee responsible for fundraising to build the Merrill Area Recreation Center (MARC).  He was also involved in numerous community and civic organizations.  He always volunteered and helped out friends, young or old.

Charlie loved his new friendships from his years spent in Harrison and at the Tomahawk Mill.  He was taken from us far too soon, but his spirit will continue to live on in our family’s hearts forever.  Godspeed my love.

A private family gathering will be held at the home of son Nicholas Phelps for final prayers.  Burial will be at a later date in Merrill Memorial Cemetery.  No services for the public at this time due to the pandemic, but a celebration of Charlie’s life will be held during the summer of 2021 at his beloved MARC complex for his family and many friends to celebrate his memory.

The family would like to thank Good Samaritan Hospital staff for the care and kindness shown to Charlie during his final days.  Also, thanks to Aspirus Hospital, Merrill Fire and EMS Services, and Waid Funeral Home.

Please direct memorial contributions to the Merrill Hockey Association.  We have established a memorial website for Charlie so that family and friends can post remembrances, tributes and photos.  Please go to www.mykeeper.com and search for “Charlie Phelps.” Waid Funeral & Cremation Service is assisting the family with arrangements.  Online condolences may be made at www.waidfuneral.com .

To order memorial trees or send flowers to the family in memory of Charles Phelps, please visit our flower store.