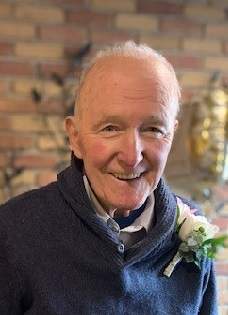 Center, Merrill, after heroic efforts by the Merrill Fire Department at his home. He was born on March

Kathy Schield were united in marriage in Waukegan, IL. They celebrated their 50th wedding anniversary

earlier this year. He will be dearly missed

Growing up, Charles lived in many different cities, as his dad was a manager/trouble shooter of lumber

yards and was sent to different places when the job was finished. One of his favorite places to live was

Endeavor, WI, where he lived a Tom Sawyer/Huckleberry Finn life, he and his friends and brother

making rafts and disappearing on the Wisconsin River, fishing and camping for days. He attended and

graduated from Waterloo High School. Charles went on to serve in the Army Reserves and then joined

the US Navy, where he was proud to be a part of a travelling drill team. He also served on the Yorktown

aircraft carrier and had his own radio program called “Morning Melodies”. When he came back home

he worked at many different jobs, including as a machinist, painter, flooring installer, sawyer at a quarry

and his last job before retirement was a material handler at PDM bridge. He also proudly served as the

union president of the Iron Workers union for many years.

Charles was an avid outdoorsman and loved fishing, hunting and trapping. He even had a small business

making fishing lures. He had many hobbies including, painting landscapes and wildlife using oils and

acrylics, rockhouding and tumbling rocks until they shined. Chuck was a writer as well and throughout

the years he charmed Kathy with several poems, some of which were published. He’d also written a

book that he intended to have published one day. He was a passionate, strong man of faith who loved

his family and loved to laugh. He loved his pets dearly and many times would rescue abandoned wild

animals and nurse then back to life. His children lovingly referred to him as Dr. Doolittle. His last dog

“Molly” was his constant companion, and he was devastated when she died. Chuck was a forever prankster and jokester who loved to entertain and just have fun.. And drink coffee – lots of coffee. He will be deeply missed.

Funeral Services for Charles will be held at 11 AM on Tuesday, October 5, 2021, at Hillside Church. Visitation will be from 4-8 PM Monday at Waid Funeral Home and again on Tuesday from 10 AM until the time of service at the church. Waid Funeral Home and Cremation Service of Merrill is assisting the family with arrangements. Online condolences are encouraged and may be made at www.waidfuneral.com.

To order memorial trees or send flowers to the family in memory of Charles Coates, please visit our flower store.