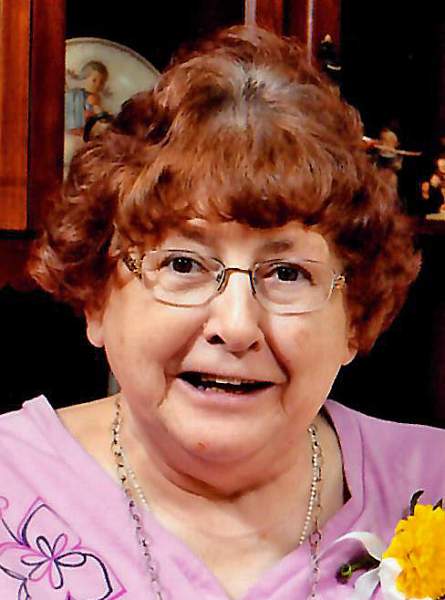 Carol M. Pluta, age 81, of Merrill, entered into eternal life on Friday, March 30, 2018, at the Aspirus Wausau Hospital.  Carol was born on July 17, 1936 to the late Thomas Q. and Evelyn R. (Prendergast) Ward in Chicago, IL.  She attended grade school at St. Bartholomew, and graduated from Foreman High School in Chicago, IL in 1954.  She entered the order of the Daughters of Charity of St. Vincent De Paul, and taught in St. Louis, Utah and California.  Carol left the order, went back to Chicago and taught school for 1 year there.  She then moved to Ladysmith and worked in a photography studio and taught elementary school for a few years.  Carol then went to Milwaukee for a seminar and met her soon to be husband, “Chet”.  They were married on October 27, 1978 in West Allis, WI.  Sadly, he preceded her in death on September 23, 2005.  Carol continued to teach elementary school, first as a substitute, she was then hired and taught there until her retirement.  She was honored to be elected the president of the Lincoln County Retired Educators Association.  Carol was an active member at St. John the Baptist Catholic Church in Bloomville, WI, and was trained and installed as Leader of Prayer at St. John.  She enjoyed traveling, reading, and working on her computer.  Carol also gladly helped with any volunteer work that she could.  She liked to cook and spend time socializing with her many friends.

Carol is survived by her sons: Matthew (Barb) Pluta of West Allis, WI and John Pluta of Milwaukee, WI, grandsons: Ryan, Adam and Joshua, brother: Thomas (Donna) Ward of Indianapolis, IN, sister: Lois Bonaccorsi of Elmwood Park, IL, good friend: Mary Ann (Gary) Gretenhardt of Gleason, nieces, nephews and many good friends from the Gleason/Merrill area.  She was preceded in death by her parents and her husband: Chester “Chet” Pluta.

A Mass of Christian Burial for Carol will take place on Tuesday, April 3, 2018 at 2pm at the Holy Cross Chapel in Bell Tower Residence.  Father Ronald Serrao will preside.  Visitation will be held on Tuesday, April 3, 2018 from 12pm until the time of Mass, also at the Holy Cross Chapel.  Burial will take place at St. John the Baptist Catholic Cemetery at a later date.

In lieu of flowers, Carol requests that donations be directed to the Merrill Free Medical Clinic or to Bell Tower Residence.

Waid Funeral Home & Cremation Service of Merrill is assisting with the arrangements.  Online condolences may be made at www.waidfuneral.com.

To order memorial trees or send flowers to the family in memory of Carol Pluta, please visit our flower store.