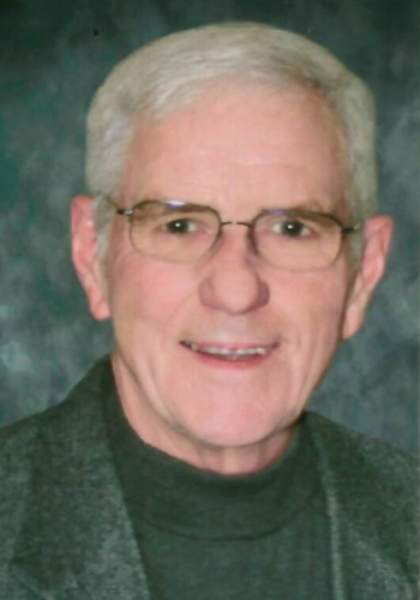 Bruce M. Giese, age 77, of Merrill, passed away on Wednesday, February 21, 2018, at Woodland Court Elder Services, while surrounded by his loving family and under the care of Aspirus Comfort Care & Hospice Services.  Bruce was born to the late Kurt A. and Evelyn (Nugent) Giese on November 6, 1940 in Iron Mountain, WI.  He attended Merrill High School and graduated with the class of 1959.  Bruce then enrolled at NTC, where he earned an Associate’s Degree in accounting.  He attended numerous courses with the Wisconsin School of Banking.  He met and fell in love with Margaret Leuenberger, and the two exchanged marriage vows on June 20, 1964 in Merrill.  She survives.

Bruce’s occupation throughout 34 years of his adult life, and up until his retirement, centered around the banking profession.  He started his banking career in 1966 at Lincoln Community Bank where he moved up to the position of Vice President, serving as such for many years until 1988. At that time, Bruce moved on to River Valley Bank and eventually became the first Executive Vice President of the Merrill branch, serving until his retirement in 2000.  Bruce loved his community and was very active in it.  He served as a Cub Scout Leader- earning his rank of Eagle Scout- Jaycee’s member, Merrill Area United Way Treasurer for 20 years, Merrill City Council Alderman, MAD (Merrill Area Development), school board for 10 years, and served as their president at one time and a supervisor for the Lincoln County Board for many years.  Bruce was also a member at Christ United Methodist Church in Merrill. In his younger years, Bruce looked forward to traveling with his family, always excited for the next adventure!  First and foremost, his sons, shared daughters and grandchildren were the light of his life, they meant the world to him and his time spent with them was very precious to him.  Bruce enjoyed going to his shack, it was the place where he was at peace and could relax, enjoying the beauty of the outdoors all around him.  Bruce and his family would also enjoy making maple syrup every spring and deer hunting in the fall.

Bruce is survived by his wife: Margaret Giese of Merrill, sons: Michael (Veronica) Giese of Merrill and Mark J. (Brenda Lenz) Giese of Fredonia, WI, his beloved grandchildren: Myla, Tiberius, Cooper, Max, Fiona and Atticus Giese, and sister: Kaye L. Giese of Peoria, AZ.  He was preceded in death by his parents.

A Memorial Service for Bruce will be held on Saturday, March 10, 2018 at 11am at Christ United Methodist Church in Merrill.  Pastor Ho Lee will officiate.  Visitation will be held on Saturday, March 10, 2018 from 9am until the time of the service, also at the church.  Inurnment will take place at a later date. In lieu of flowers, family requests donations be made in Bruce’s name to Christ United Methodist Memorial Fund, Alzheimer’s Association or the charity of your choice.

To order memorial trees or send flowers to the family in memory of Bruce Giese, please visit our flower store.