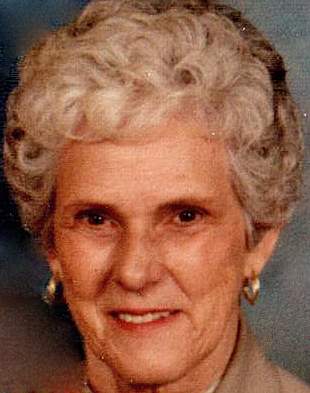 Beverly J. Schielke, age 89, of Merrill, passed away on Sunday, September 30, 2018, at Woodland Court Elder Services, LLC, while under the care of Aspirus Comfort Care & Hospice Services.  She was born on January 10, 1929 to the late Antone and Lillian (Wedler) Montabon in Milwaukee, WI.  Beverly attended and graduated from Merrill High School, and continued her education at UW-Madison for 4 years, earning her registered nurse degree.  She met Herbert Frank Schielke, and the two exchanged marriage vows on December 1, 1951 in Gleason, WI.  Sadly, he preceded her in death on March 5, 2009.

Beverly grew up in the Gleason area, working at Pine Crest Nursing Home as a registered nurse for many years.  She and Herbert traveled extensively when they were younger, from all over the United States to overseas.  They owned and operated the Merrill Dairy Queen for 30 years.  She enjoyed being outdoors, whether it was hunting or fishing, or just enjoying the scenery.  Beverly was an avid Green Bay Packers fan and Milwaukee Brewers fan, rarely missing games.  She was a talented knitter and liked to put puzzles together.  Beverly was a quiet lady with a kind heart.  She loved attending her grandchildren’s sports games when she was able.  She was a member of the Eastern Star and a life member of the Madison Alumni Association for Nursing for 60 years.  She looked forward to participating in her swim class at Riverside.  Beverly was a member of the Presbyterian Riverside Church in Gleason, as well as being the financial treasurer for the church.  She was also the secretary and treasurer for the Presbyterian Women’s Club.

Beverly is survived by her daughter: Beth Ann (Michael) Hanson and son: Craig (Cindy) Schielke, both of Gleason, grandsons: Troy (Elly) Hanson, with their children: Matilda, Finn and Kane and Erik (Holly Petry) Schielke, granddaughter: Jenah (Mark Pauley) Hanson, with her children: Ryker and Brinlee, brother: Francis (Barbara) Montabon and many nieces and nephews.  She was preceded in death by her parents, husband: Herbert Frank Schielke and brother: Kermit Montabon.

In lieu of flowers, family requests that donations in Beverly’s name be directed to the Lincoln County Humane Society.

The family of Beverly would like to thank all of the staff at Woodland Court Elder Services, LLC for the exceptional care.

To order memorial trees or send flowers to the family in memory of Beverly Schielke, please visit our flower store.