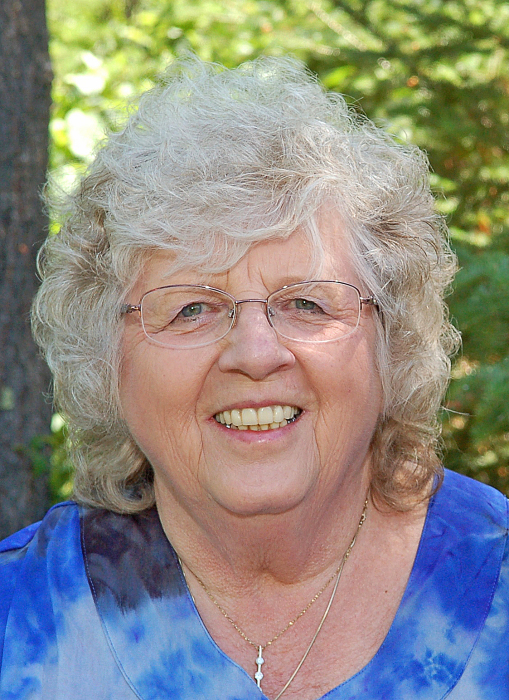 Barbara (Barb) J. Dintelman, 74, of Merrill, WI, peacefully passed away on the morning of November 23, 2017.  Barb was an incredibly loving wife, mother, grandmother, sister, aunt, teacher and friend. Having so much pride in her family, she was always ready with a story or photo album to boast to anyone who would look or listen. Her quick wit and infectious smiles were sure to bind her to all.

She was born in Merrill on February 8, 1943. Little did she know she was lying in a bassinet next to her future husband, George. Being born on the same day, at the same hospital, just a few hours apart.  After nearly 40 years apart, they finally reconnected for the first time through their church.  They were married on September 3, 1982. For just over 35 years together, they spent all of their time living in Merrill.

Barb enjoyed her time spent with family and friends.  She loved to listen to country and gospel music as well as her “oldies-but-goodies”, as she’d call them.  She also enjoyed working on various projects for her church and planning the Merrill Class of 1961 reunions. She honored her role as the family historian and the annual family gathering, “Weberfest”, was the highlight of her year. She was happiest when in the presence of her grandchildren, children, family and friends. She often said, “Once a friend, always a friend” and she embraced this fully.

Barb was an elementary school teacher for nearly 30 years, with most of her time teaching 5th grade at Franklin and Kate Goodrich Elementary Schools in Merrill. Many of her former students will remember her saying with a twinkle in her eyes, “Time will pass... will you?” After retirement she stayed involved in many of the school projects. One in particular was the committee formed to establish education scholarships.

She was a devoted Christian member of St. Stephen’s United Church of Christ in Merrill, participating in the senior choir for many years, which was paramount in her adoration to God.  She was involved in many church committees and enjoyed them all even if she kiddingly said she was only asked because she could never say no.

Barb’s eyes would literally light up the room.  Her most content moments on this earth were when she was surrounded by the people she loved. These were the times her heart was most full and complete.  She will be missed by her family and many friends.

She is also survived by her sister: Janice Shaler of Milton, WI, brothers: Wilburn “Bill” (Carol) Weber of Irma, WI and Gerald “Jerry” (Sandra) Weber of Merrill and many nieces, nephews and friends who all meant the world to her.

Barb was preceded in death by her parents: Norman and Ella (Kakes) Weber and her twin newborn sons: Jeff and Jay Miller.

Visitation will be held on Saturday, December 2, 2017, from 1pm-4pm at Waid Funeral Home, Merrill, WI

A brief Celebration of Life for Barb will follow the visitation with the assistance of the Rev. Kyle Carnes.

In lieu of flowers, Barb requested any memorials be directed to her church, St. Stephen’s UCC in Merrill, for the choir and the music programs she loved so much.

Barb had many quips she would often say, and so to you Barb, we lovingly say “You done good”. We will continue to honor you through our love of God, family and friends.

To order memorial trees or send flowers to the family in memory of Barbara "Barb" Dintelman, please visit our flower store.