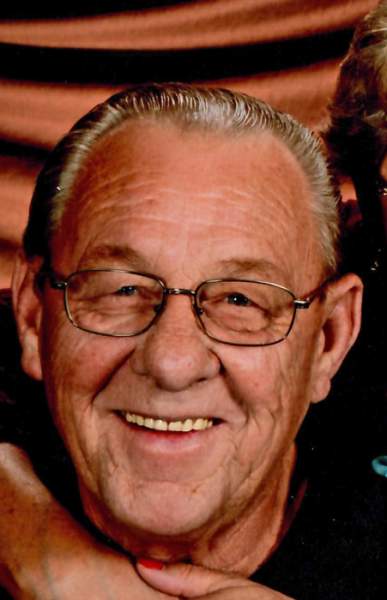 Arlo Berndt, age 81, of Merrill, passed away unexpectedly at his home, Friday, January 8, 2021. He was born September 26, 1939 in Merrill to the late Walter and Irene (Koehler) Berndt. Arlo married Eunice Woller on December 8, 1962, a union lasting 58 years. She survives.

Arlo graduated from Merrill Senior High School in 1958. He proudly served his country in the United States Navy following high school. Arlo worked as a pipefitter for Wisconsin Fuel and Light, before retiring from Wisconsin Public Service. He had many pastimes which included spending time at his Newood cabin, hunting, driving 4-wheelers, feeding birds, playing Sheepshead and Cribbage and taking bus trips around the country. Arlo was a long-time member of the Eagles Club and an avid Packer fan.  He also served as an usher at St. Stephen’s UCC, as well as on the church board. He will be dearly missed.

Funeral services will be held at 12 noon on Saturday, January 16, 2021 at St. Stephen’s United Church of Christ. Rev. Mike Southcombe will officiate. Visitation will be held from 10am until the time of the service, also at the church. Burial will take place following the service in Merrill Memorial Park. Military Honors will be performed by VFW Post #1638. Please note, seating will be limited, masks will be required, and social distancing will be practiced. Live streaming will be available on the funeral home’s website.

Special thanks to Merrill Police Department and EMT’s for their assistance.

In lieu of flowers, memorials are preferred to St. Stephen’s UCC.

Waid Funeral Home & Cremation Service is assisting the family with arrangements. Online condolences are encouraged and live streaming may be viewed at www.waidfuneral.com.

To order memorial trees or send flowers to the family in memory of Arlo Berndt, please visit our flower store.