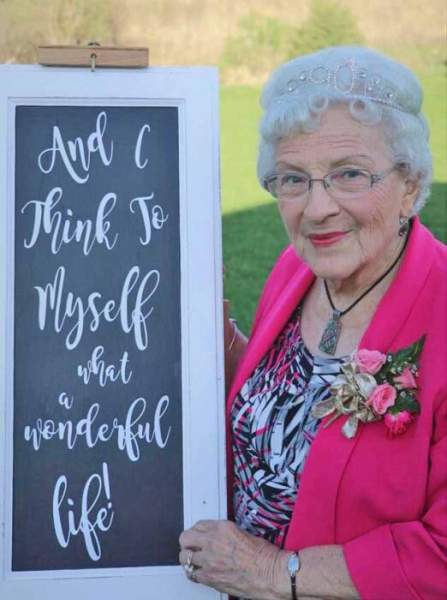 Arlene was born May 11, 1928 in Wausau to the late Carl and Florence (Schulz) Neumann. She graduated from high school in Chicago, while living with her sister, whose husband was overseas in the Army.  On August 30, 1947, Arlene married her sweetheart, Raymond Schield. Arlene worked alongside her husband for many years on their dairy farm. After her children were out on their own, she worked for years at Eddie’s Bake Shop. Arlene and Ray enjoyed traveling the USA and Europe. They spent the winters of their retirement in Palmetto living near friends from Ray’s Odds-n-Ends band. She loved to dance (especially the Polish hops) and in previous years she would accompany Ray on many of his dance jobs.  She was a lifelong member of Faith Lutheran Church in Merrill, where she had been a member of the Women of Faith group and sang in the choir under Ray’s direction.  Arlene was also a member of the HCE Home and Community Education (previously known as The Homemakers Club), Red Hat Ladies, and her card club. She loved to play sheepshead and an occasional casino trip with her dear friend Eleanor and once in a while with son-in-law Chuck.  Her hobbies and passions were definitely sewing, gardening, painting, and collecting and reselling antiques at flea markets and craft shows with her sister Jeanette.  In later years she even learned to carve and took many classes at the Senior center.  She loved to enter items at the fair each year, especially antiques and flowers, and did her fair share of work at the antiques booth and ice cream stand during the fair.

Funeral Services for Arlene will be held at 11:00 AM on Tuesday, August 10, 2021 at Faith Lutheran Church. Rev. Donald Love will officiate. Visitation will be held from 4:00-8:00 PM Monday, August 9, 2021 at Waid Funeral Home and again from 10:00 AM until the service Tuesday, at the church. Burial will follow the service in Faith Lutheran Cemetery – Scott. Waid Funeral Home & Cremation Service of Merrill is assisting the family with arrangements. Online condolences are encouraged and may be made at www.waidfuneral.com.

For those unable to attend, the service will be recorded and available for viewing under her obituary on the funeral home website.

To order memorial trees or send flowers to the family in memory of Arlene Schield, please visit our flower store.