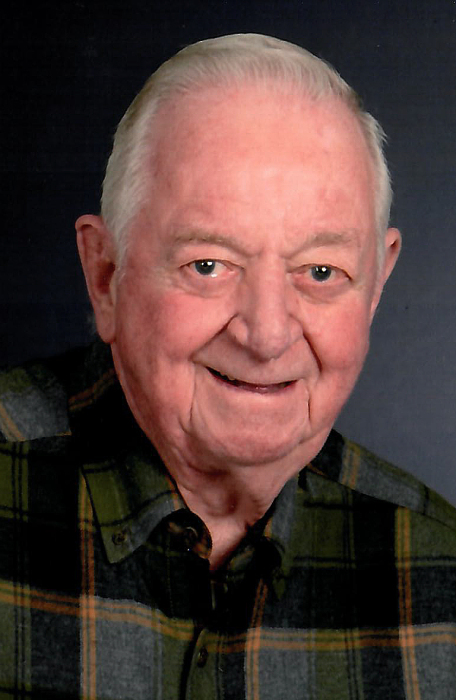 Anton ‘Tony’ Reuben Carlson, age 84, passed away on Monday, January 4, 2021 at his home in Merrill, while surrounded by his loving family and while under the care of Aspirus Comfort Care & Hospice Services.  He was born on August 16, 1936 to the late Anton and Elizabeth (Mueller) Carlson in Merrill.  Anton met the love of his life, Christine Hanson, and the two exchanged marriage vows on May 27, 1961 at the St. Francis Catholic Church in Merrill.  She survives.

Anton worked as a heat and frost insulator for all his adult life, working with industrial heating and cooling.  He was a member of the Insulators Local 127 Union, established on May 15, 1959.  During his younger years, Anton enjoyed spending time hunting and staying at the shack in Newood.  He also spent a lot of time with his family camping, whether it was tent or RV camping, he continued this tradition until he was 80 years old.  Anton looked forward to his fishing trips to Minocqua and Boulder Junction.  He enjoyed cutting wood, was a master griller and was very proud of his vegetable gardens.  Anton was an excellent storyteller, and his stories would intrigue his listeners.  He is remembered as a hard worker that had a strong work ethic, as well as strong hands to get the job done!  Anton also had a soft side that enjoyed his furry companions.  His faith in God was unshaken and his religion was very important to him.   He was a member at St. Francis Xavier Catholic Church in Merrill.  Anton will be sadly missed, but always in the hearts of his friends and family.

A funeral liturgy for Anton will be held on Saturday, January 9, 2021 at 12 noon at Waid Funeral Home in Merrill.  Deacon Jim Arndt will officiate.  Visitation will be held on Saturday, January 9, 2021 from 10am until the time of the service, also at the funeral home.  Burial of Anton’s cremains will take place at a later date in the St. Francis Xavier Catholic Cemetery.

A live stream of Anton’s service will be available for viewing under his obituary on our website and will start at 12 noon.  A recording of the service will be posted at a later time.

The family of Anton wish to extend their thanks and appreciation to Aspirus Comfort Care & Hospice Services for their care and compassion shown to Anton and his family.

Social distancing will be practiced, and masks are required in the funeral home.

As Anton would say, “Think Nothin Of It”

To order memorial trees or send flowers to the family in memory of Anton 'Tony' Carlson, please visit our flower store.