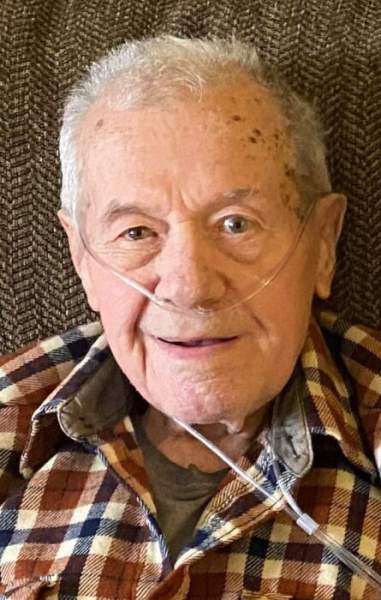 Alex J.  Holzem, 89, passed away, Friday, April 23, 2021, at the Benedictine Living Community-Wausau, Wisconsin, under the care of Aspirus Comfort Care and Hospice services.

He married the late Barbara (Sowinski) Holzem, on July 2, 1952, at St. Michael's Catholic Church in Wausau, WI.  Alex and Barb raised 10 children and he loved hunting and fishing.

A Funeral Liturgy will be held on Friday, April 30th, 2021 at 3pm at Waid Funeral Home.  Father Jayanna Kanna will officiate.  Visitation will begin at 1pm and continue until the time of the liturgy, also at the funeral home.  In lieu of flowers, the family requests memorials be sent to Waid Funeral Home at 301 Eagle Dr, Merrill, WI, 54452 to assist the family with funeral expenses.

Masks and social distancing will be required at the funeral home.

The service will be live streamed for those unable to attend.  It can be found under his obituary on the funeral home website and will begin at 3pm.

A special thank you to the Aspirus Comfort Care and Hospice services and the exceptional staff at the Benedictine Living Community Living-Wausau, WI, who did an outstanding job keeping Alex comfortable to the end and assisting the family with arrangements.

To order memorial trees or send flowers to the family in memory of Alex Holzem, please visit our flower store.