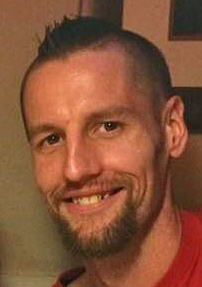 Adam D. Wendorf, age 35, of Merrill, passed away on Monday, August 28, 2017, near his residence in Merrill.  Adam was born on April 4, 1982 to Donald and Julie (Kienitz) Wendorf in Merrill.  He attended Merrill High School.

Adam enjoyed working­ as a carpenter alongside his dad, as well as building and fixing anything that needed to be done – he was a “Jack of all Trades”.  Adam liked to take things apart, fix them and put them back together – he was always very talented in whatever he set out to do.  Occasionally, he would work on vehicles, as well.  Adam was also employed at Gordon Aluminum in Wausau in the packaging and shipping department.  He loved and cherished his beloved children, Damian and Amelia, as well as his niece and nephew, Kaeden and Aria.  Adam was a caring person that gave with his whole heart – helping anyone and everyone that he could.  His passion was playing golf, perfecting what he called the “Happy Gilmore”, as well as simply hitting balls at their driving range on Hillside.  Adam also looked forward to riding the motorcycle and 3-wheeler as often as possible.  He also enjoyed bowling, fishing during the summer months, darts and throwing knives and playing with remote controlled devices.  Adam is remembered as an awesome kid and an avid athlete.  He had a laid back soul and was easy to be around.  He will be sadly missed by all who knew him.

A Gathering of Adams’ family and friends will be held on Thursday, September 7, 2017 from 4pm-6pm at Waid Funeral Home in Merrill.  In lieu of flowers, family asks that you come to the gathering and share a story of Adam with them.

To order memorial trees or send flowers to the family in memory of Adam Wendorf, please visit our flower store.