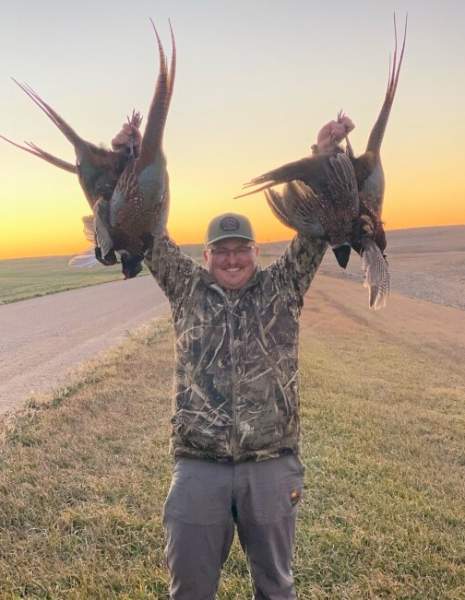 Riley Benjamin Kurtz, age 24, passed away on Monday, January 3, 2022 at Aspirus Hospital in Wausau, Wisconsin. He was born on February 20, 1997 to Timothy Kurtz and Danielle Rothmeyer in Merrill, Wisconsin.

He earned his nickname “Smiley Riley” with his affectionate smile and welcoming personality. He was one of the good ones, kind, patient, funny, outgoing, and avid outdoorsman. He had a passion for anything outdoors including hunting, fishing, and camping. He was always there for anyone who needed anything. He truly cared for others which led directly to his life of service as a police officer.

In high school Riley would go to his dad daily to have him sign a waiver allowing him to go on police ride alongs. He loved his family and friends, especially his nephew “Bowl”. He had quirky sense of humor and always had Stevia in his pocket just in case he was served a bad cup of coffee or tea.

Riley was just starting his life. He and his girlfriend Hope Knuijt had been together for two years and were planning their lives together. He was in his dream career with the Merrill Police Department.  Riley will be extremely missed by all those who knew him.

For those unable to attend, a recording of the service will be available for viewing under his obituary on the funeral home website.

To view the recording of Riley's service please click the link below.

To order memorial trees or send flowers to the family in memory of Riley Kurtz, please visit our flower store.